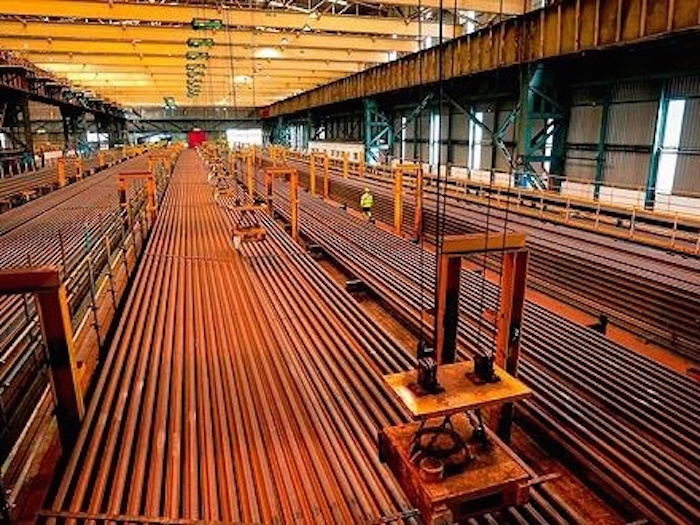 British steel completed the deal with Jingye nearly 10 months after it collapsed into liquidation following unsuccessful negotiations with the British government over a bailout.

It’s reported that the transaction was finished on March 9 local time, with assets involving British Steel’s steelworks at Scunthorpe and UK mills at Teesside Beam Mill and Skinningrove, and the subsidiary businesses FN Steel, British Steel France and TSP Engineering.

In a statement issued on March 9, Jingye Group said the completion would secure the future of approximately 3200 jobs and pledged to invest 1.2 billion pounds (about 1.6 billion U.S. dollars) to place the business on a more competitive and sustainable footing, aiming to return the company to industry comparable margins within 5 years.

The cooperation between Jingye Group and British Steel would give a fresh boost to China-UK relations and provide a new stimulus to the two parties’ cooperation under the Belt and Road Initiative, said the Chinese Ambassador to the United Kingdom Liu Xiaoming.

Roy Rickhuss, general secretary of steelworkers’ trade union Community, hailed that the sale marked of a new chapter, saying “Jingye is not just taking over a business, they are taking on thousands of workers and giving new hope to steel communities in Scunthorpe and Teesside.”

Based in Hebei province in North China, Jingye Group produced 15 million tonnes of steel annually and exports to 80 countries around the world. (Contributed by Yang Hairuo, edited by Gu Shanshan with Xinhua Silk Road, [email protected])

Can you Eat Reliability?

Future of Food Safety with the NEW XMD metal and X-Ray...