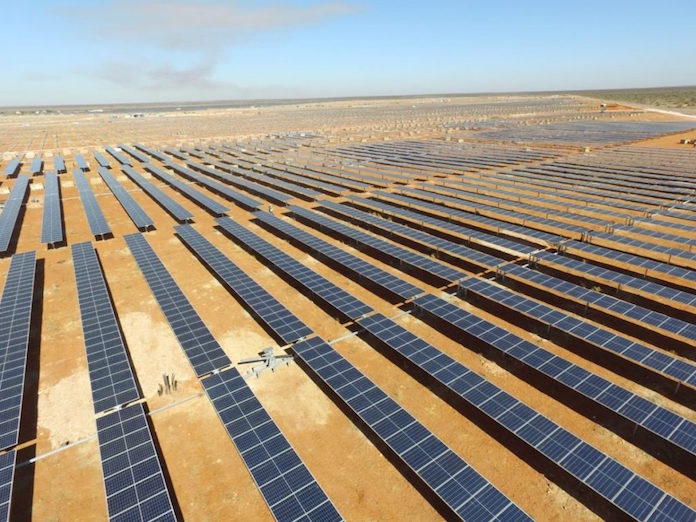 The Timken Company, a global industrial leader in engineered bearings and power transmission products, is providing high-precision drives for what will be the world’s largest single-site solar power plant. Timken’s solar-tracking technology, developed by its Cone Drive subsidiary, will be used to precisely position solar panels in line with the sun for the Al Dhafra PV2 site in Abu Dhabi, United Arab Emirates (UAE).

“We partner with leading manufacturers to develop customized solutions that are essential to some of the most significant solar energy projects in the world,” said Carl Rapp, Timken group vice president. “Our application engineering expertise is critical to advancing the use of renewable energy around the globe.”

The Al Dhafra facility is expected to become fully operational in 2022. When complete, its 4 million solar panels – controlled by 83,000 Cone Drive high-precision drives – are projected to power as many 160,000 homes across the UAE and reduce carbon dioxide emissions by approximately 2.4 million metric tons annually.

Timken entered the solar energy market with the acquisition of Cone Drive in 2018. Under Timken’s ownership, Cone Drive solar revenue has achieved a compound annual growth rate (CAGR) of more than 20 percent over the past four years. Cone Drive’s high-precision drives provide tracking and positioning capabilities for photovoltaic (PV) applications, such as the Al Dhafra site, as well as concentrated solar power (CSP) applications. Since 2018, Timken and Cone Drive have played a role in more than one-third of the world’s utility-scale solar tracking system projects.

Timken has invested heavily in research and development for the solar energy market, and the company has built strong manufacturing, engineering and testing capabilities in both the United States and China. In 2021, Timken consolidated multiple sites into a new, larger campus in Jiangyin, China, to increase production capacity, broaden the product range and improve productivity for precision drives used in the solar energy market.

Renewable energy, which consists of both solar and wind, is Timken’s single-largest end-market sector, representing approximately 12 percent of total company sales in 2021.