John Deere’s iconic green tractors helped fuel an explosion of American farming in the 20th century. Now, it hopes to usher in another agricultural boom with machines that look very similar but operate in totally different ways. 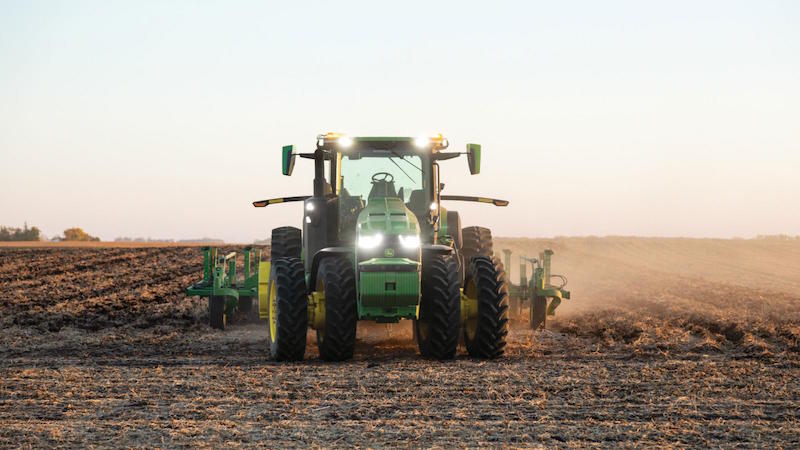 The company plans to start shipping its first fully autonomous tractor later this year. Deere also recently unveiled a crop sprayer aided by machine learning. Thirty-six cameras mounted on a track can sweep up to 2,000 square feet per second to detect which plants are crops and which are weeds, targeting only the weeds for extermination.

Deere says its high-tech machinery serves a noble purpose: feeding the world. The global population is expected to grow to nearly 10 billion people by 2050 (pdf), increasing global food demand. Less available land, fewer farmers, and the effects of climate change will make feeding the growing world much more difficult. But some farmers claim they are losing control of their machines and accuse John Deere of creating a monopoly in farm equipment manufacturing.

Here’s a look at how Deere’s latest innovations actually work. 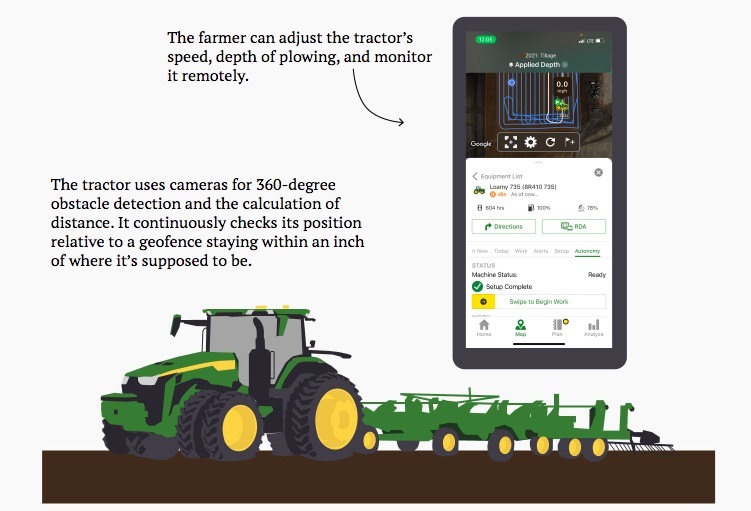 A spokesperson for Deere said the See & Spray Ultimate is initially being used for cotton and soybean production. Competition within the agricultural industry could be altered if some farmers have the technology to produce more yield while others do not. But with time, more production and cheaper technology, the machines could just be a glimpse into what the future of farming looks like.
By Clarisa Diaz