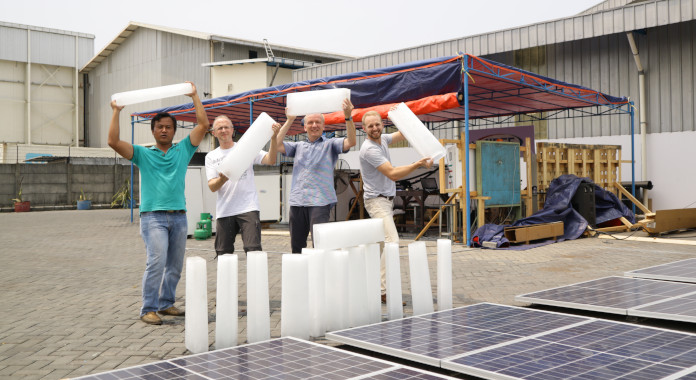 Indonesia’s small-scale fishermen in disadvantaged regions will in future be able to sell their products nationwide with the help of seamless refrigeration chains. This is being made possible by a solar-powered machine for the production of ice blocks. This innovative type of unit was developed as part of a multi-year German-Indonesian cooperation arrangement. “The fish is prevented from spoiling, with the ice being produced on a totally climate-neutral basis,” says Frank Stegmüller of the German Agency for International Cooperation (GIZ). “This is a genuine German-Indonesian success story.”

Indonesia is the world’s leading tuna producing nation and the second largest fish producer overall. However, small-scale fishermen who practice environmentally sound fishing methods are often unable to transport their fish to consumers due to a lack of refrigeration facilities. As a result, these fishermen find it virtually impossible to compete with industrial fishing; much of their catch is spoiled, causing poverty amongst the fishermen.

Indonesia’s policy aims to conserve fish stocks and secure the income of fishermen in remote areas. The key factor in achieving this is to keep the catch continuously refrigerated. The GIZ initiated and provided support for the development of a solar powered ice-making machine. Together with a number of Indonesian, German and other European companies, the production of these machines was also established in Indonesia. Development began in 2016 and the pilot plant started up successfully in 2018 – the first commercial unit will go into operation in Indonesia in 2021.

In accordance with the guiding principle of Industry 4.0, the innovative technology ensures the production of up to 1.2 tons of block ice per day, dynamically and automatically adapted to the amount of solar energy available. This does not require either a power connection or an expensive, large battery storage system, allowing ice blocks to be produced in locations away from power grids and used for cooling locally caught fish. Stegmüller from the GIZ: “This secures the income of fishermen who operate on a sustainable basis, especially in remote and low-income regions of Indonesia.”

Steffen Sinn, Area Sales Manager Asia, at the German fan producer Ziehl-Abegg, explains: „The highly efficient fan is using the low solar power to produce enough cooling energy which is used to freeze down the water.“ The secret behind the high efficiency of the fan is the blade design inspired by nature. Ziehl-Abegg is technology leader by biomimicry in the fan industry. “The edge of the blade is serrated similarly to the owl wings”, Sinn adds. “This fan design saves energy.”

Components and know-how were provided free of charge during the development phase by the German companies Bitzer, Ziehl-Abegg and BAE Batterien. The development as well as technical support were provided by experts from the ILK Dresden [Institute of Air Handling and Refrigeration]. The solar powered ice-making machines are manufactured by the Indonesian industrial company Selaras Mandiri Tehnik (AIREF). Other project partners include REC Solar, ATW Solar, Studer and Omron.

The Future of Events and Meetings is Hybrid 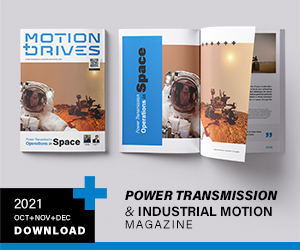