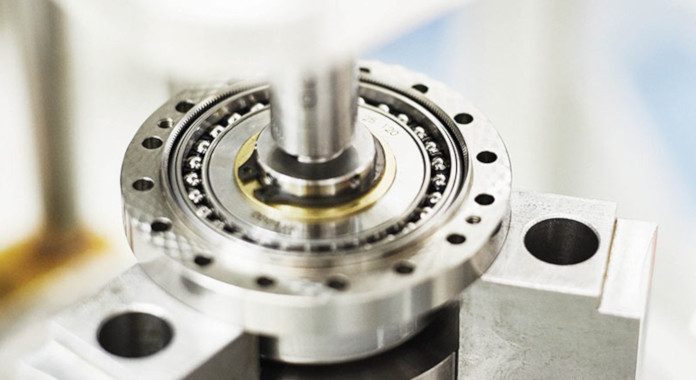 For some, the word “robot” conjures thoughts of relaxing on the couch while an autonomous vacuum cleaner sweeps the floor and a voice-assistant hub reports the weather—then adjusts the thermostat accordingly. Convenient, for sure; but those household bots have much larger, complex and more sophisticated cousins that are the workhorses of a global economy.

The industrial robots transforming today’s industries are less about household comfort and more about safety, efficiency, and precision. They eliminate human error and the need for people to perform dangerous tasks. They enable continued growth in places where the labor force is shrinking. And, they allow human workers to focus on big-picture solutions, rather than on repetitive tasks. 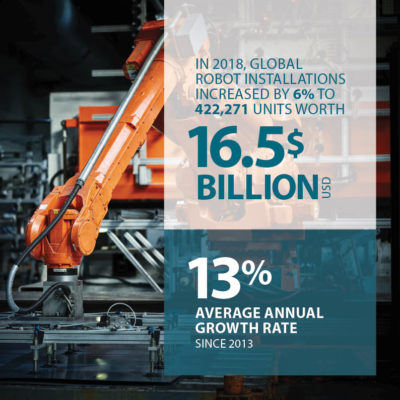 According to the International Federation of Robotics, industrial robot sales doubled globally from 2013 to 2017, and reached a record USD $16.5 billion in sales in 2018. While automotive and electronics manufacturers remain the largest adopters with about 45% of the market between them, the industry is diversifying. Food and beverage has doubled its robot installations since 2013, for example, seeing a 73% increase in the U.S. in 2018.

Timken made significant moves into the robotics market in 2018 when it purchased Cone Drive and The Rollon Group. Both companies have notable investments in robotics and are positioned to capitalize on this market, which continued to grow in 2018, performing in the double digits even in markets that suffered economic setbacks.

Identifying an opening in the market

When Kurt Gamelin, president of Cone Drive, decided to direct more resources into robotics a few years ago, the company had already established leadership in precision motion control. Its Accudrive product line has served the servomotor market—common in automated manufacturing and computer controlled (CNC) machinery as well as robotics—for most of the past decade.

Cone Drive is known for developing technologically complex products with a high barrier to entry. In 2015, the company’s existing product lines were doing well and Gamelin was looking for opportunities to leverage that value proposition.

Robotics and automation fit the bill, and Gamelin’s team saw an opening in harmonic solutions. “Just about every robot in the world gets at least two harmonic drive systems,” he says, contributing to a market that is growing by nearly 50% annually, according to the World Robotics Report.

Harmonic drive systems also fit the technologically complex, high-barrier-to-entry category. “Original equipment manufacturers (OEMs) were looking for capable sources for these mission-critical components,” says Gamelin. With no viable acquisition target in the market, it fell on the Cone Drive team to develop their solution organically.

“Cone Drive excels at product development. We have strong engineers and good processes in place, as well as a state-of-the-art dynamometer testing facility.”

Rudi Knevels, president of Rollon, says his company’s investment in robotics and automation was a logical extension of a successful business model. “Rollon started with a market niche in the machinery industry, producing customized linear and telescopic motion solutions,” he says.

In 2006, Knevels was charged with expanding the company’s sales strategy into new markets and today, Rollon leads the world in linear motion products for the logistics and railway markets. It’s also strong in the commercial airline industry, designing motion systems for everything from seat tracking systems to the sliding compartments in baggage carriers.

“Today, we’re a specialty solutions provider with the capabilities to customize just about anything for any application,” says Knevels. “We are constantly searching out growth pockets in industrial sectors where customers are looking for unique solutions rather than commodity products.”

Robotics naturally caught his eye. “It was a driver for us to enlarge our range of actuators and systems,” he says. “Customers in robotics and automation prefer to buy complete systems or actuators designed for specific applications, rather than single components.”

In 2011, Rollon leaders made two acquisitions that helped transform the company into a provider of complete linear motion systems. Today, Rollon’s linear actuators and systems help factory automation designers, logistics companies, and OEMs add a horizontal axis to robots that can already move in every other direction.

“Up to seven percent of all industrial robots installed around the world are equipped with a seventh axis,” says Knevels. “The estimated market size is USD $360 million, and it’s growing fast.”

While both Rollon and Cone Drive are at the beginning stages of their investments in robotics, both are already generating revenue in new markets as a result of those investments. “We have several top-level robotics OEMs that are in various stages of development with us,” says Gamelin. 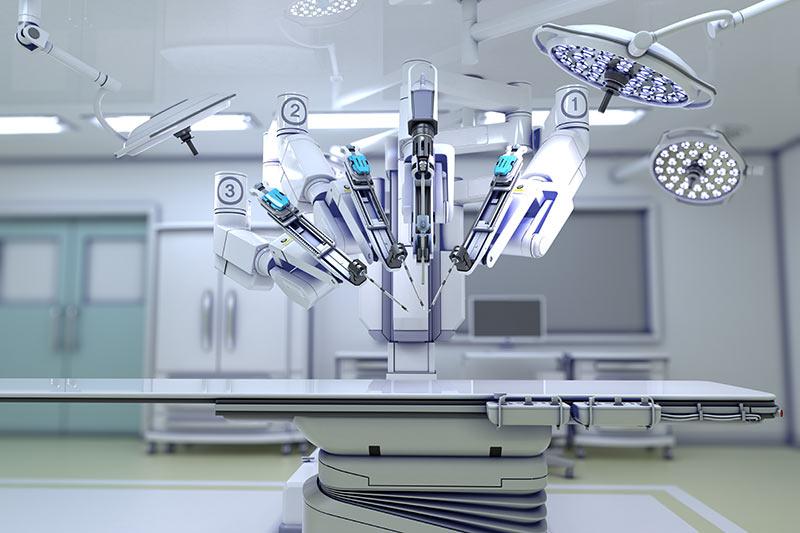 Harmonic solutions are common in the industrial robots that automotive manufacturers use for painting, welding, and assembly. They also play a central role in the new collaborative robots (cobots) that work side by side with their human counterparts.

Product tests show that Cone Drive engineers are breaking through the high barrier to entry for harmonic drive systems. “Our testing facility is a differentiator for customers,” he says. 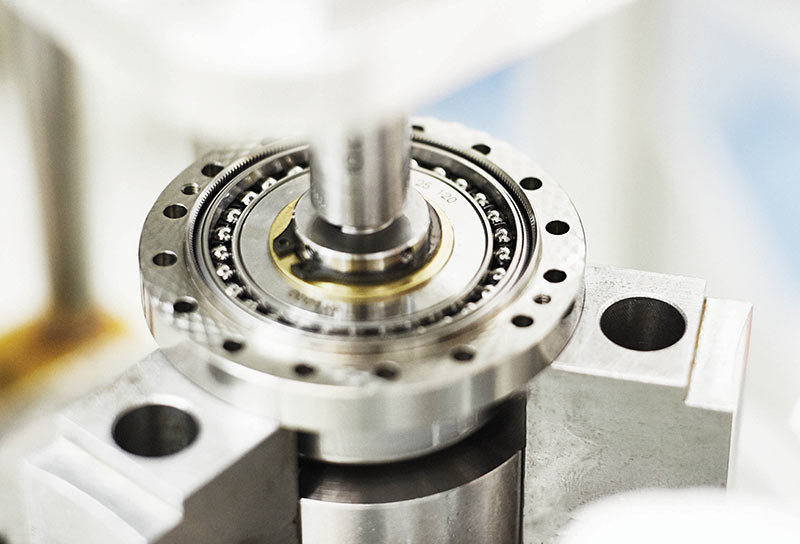 The company also stands out in terms of lead times. Because each industry and each robot come with unique motion specifications, nearly every harmonic system that Cone Drive builds is customized. “We can engineer special orders quickly,” says Gamelin, which makes a difference in today’s dynamic markets.

A seventh axis with numerous applications

Rollon also stands on its customization strengths and short delivery times to gain market share in robotics and factory automation. The company’s flagship product for robotics—its Seventh Axis shuttle system—moves heavy robots on a horizontal axis. Each system is built on a modular platform, which helps the company reduce costs and keep delivery times short, while building to custom specifications.

Because Rollon focuses more than 80% of its business on customized solutions, it has a high degree of recurring business. The company directs 70% of its efforts toward partnering directly with OEMs and also works directly with industry sectors that use robots with linear actuators. Automotive manufacturers use Seventh Axis systems for moving hot metal sheets from oven to metal press—just one example of how Rollon systems help take humans out of dangerous situations.

Customers also reduce capital costs and increase efficiency when they replace multiple static robots with one robot that moves horizontally. For example, large online retailers are using an increasing number of robots in warehouses to move products from shelves to shipping containers. 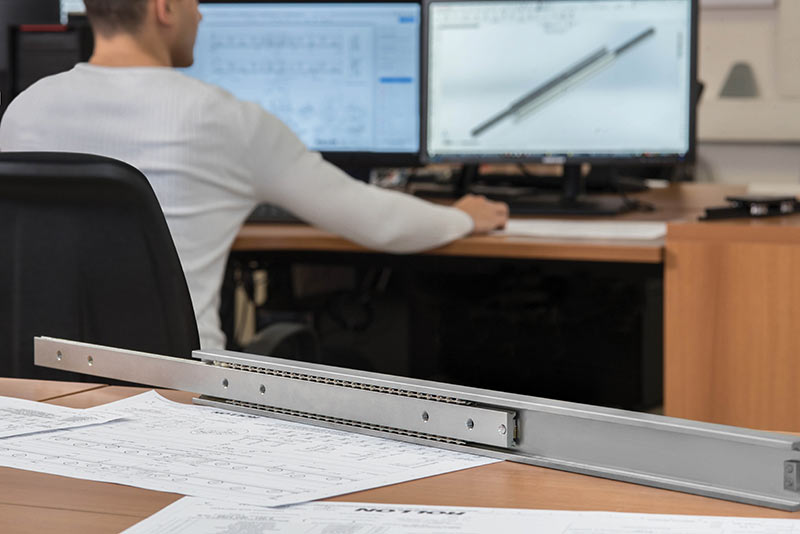 It’s a market ripe for innovation and streamlined solutions. “Today, many robot users buy components from different suppliers and build their own linear systems,” says Knevels. “Seventh Axis is designed to replace those homemade solutions.” The systems are easily integrated with any type of robot and can be mounted on floor, ceiling or wall.

Integration with Timken offers opportunities on multiple levels for both Rollon and Cone Drive. The Cone Drive team is taking full advantage of Timken’s product development resources. “Timken has an extensive metallurgy knowledge base, and we collaborate with them on solving various technical challenges including material, heat treating and surface hardening analysis,” says Gamelin.

On the sales side, says Gamelin, “Timken’s global presence gives us the breadth to reach all of the OEMs.” South Korea presents an important market as the country with the highest robot density in the world, but neither Rollon nor Cone Drive had a presence there before Timken acquired them. The South Korea team is off and running with Cone Drive’s harmonic line, says Gamelin.

Knevels’ team is training new sales engineers in Spain, Canada and Sweden in addition to South Korea. He’s also excited about Timken’s connections in the automotive industry. As one of the strongest markets for industrial robotics, it offers a prime opportunity for Rollon. Timken’s established relationships in that industry are helping the company gain momentum in factory automation. 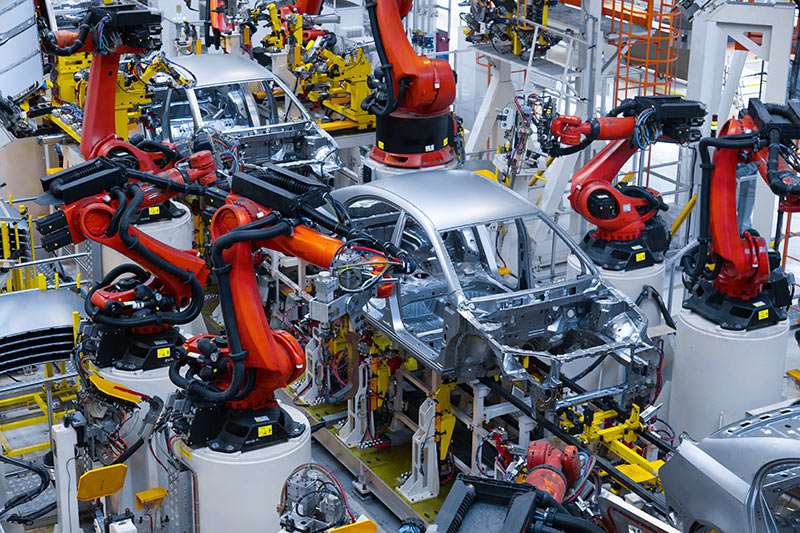 The benefits go both ways, he says. “Rollon has strong relationships in railway and the commercial airline space. We’re discussing ways we can present Timken product lines to our contacts in those industries.”

Rollon products present their own synergies because they include valves, gear boxes and lubrication systems. “As our volumes grow, we are incorporating more and more highly-engineered Timken products into our actuators and systems,” says Knevels.

Investing in the future of industrial robotics

As the influence of industrial robotics picks up speed, countries such as Japan and Germany are demonstrating exceptionally high rates of adoption. “In Japan, they have to increase factory automation in order to pursue a growth strategy, because they don’t have enough workers,” says Knevels. “I don’t see any indication that will change within the next five or ten years.”

While the collaborative robot market is still small, both Knevels and Gamelin expect humans to welcome more cobots into the work environment over the next few years. Cone Drive’s investment in harmonic solutions positions the company well, says Gamelin. “Cobots often get six to eight harmonic systems.”

Rollon is also investing in Industry 4.0 technologies, partnering with software companies and electronics manufacturers to digitize and automate Seventh Axis systems. “At a certain point, that will be the strongest request from our customers,” says Knevels.

The vision: #1 in robotic drive systems

Rollon and Cone Drive became Timken companies as a result of their industry leadership, innovative partnerships, top-notch development processes and strong engineering know-how. Knevels and Gamelin expect those characteristics to help them achieve leadership positions in robotics as well.

To achieve that goal, both leaders are working from a similar playbook: Put customer requirements front and center. Deliver premium products, built to customized specifications, and keep lead times short so that customers can move quickly in the most dynamic markets. 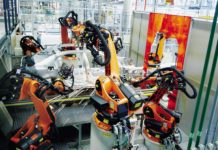 Factors to consider when specifying brakes for robotic applications 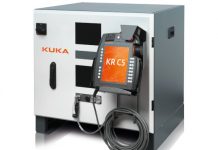 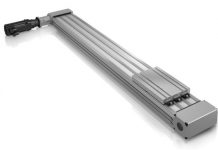